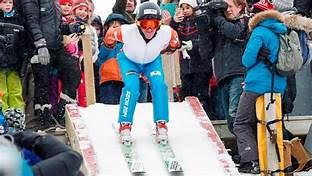 Eddie “The Eagle” Edwards wanted to go to the 1988 Winter Olympics and compete as a ski jumper. There were a couple of obvious problems with this. He was about 20-pounds heavier than the average ski jumper, he had no sponsor and his trainers spoke languages that he could not understand. But sometimes, you just gotta say “Whatever, I’m going to the Olympics.”

A reflection and sermon on who we can become. Here’s the video.

Universalists and Unitarians in America
A People's History