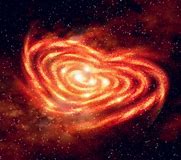 Born in Vancouver, B.C. in 1946, guest preacher Rev. Doug Wilson moved to Santa Barbara when he was five.  After graduating from UCSB in religion and philosophy at age 20, he went to Starr King School for the Ministry in Berkeley and in 1971 he was ordained in the First Unitarian Church of Brooklyn.  That summer he was the assistant director of UU Rowe Junior High Camp, where he was deeply moved by the impact three weeks had on the campers. In 1973, he walked the Appalachian Trail, then landed back at Rowe Camp, where he started Rowe Conference Center in the fall, winter, and spring. He worked most of his 39 years at Rowe C&CC with his wife and partner, Prue Berry, who is a lot nicer than he is.  His life is shaped by and framed in six questions: Why is war? Where is justice? Which work is mine? What is real? Who am I? Who are you? He retired in 2012 and now aspires to only do what he wants to do.